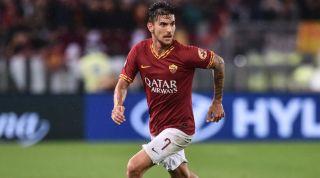 Unai Emery and his team are operating on a tight budget this summer having failed to secure Champions League qualification.

And with Aaron Ramsey joining Juventus, Arsenal are in need of fresh legs in midfield.

What they've reportedly proposed to Roma is paying for £27 million rated Lorenzo Pellegrini in two equal instalments, according to Corriere dello Sport (via the Mirror).

But they aren't the only one's interested in the 22-year-old; AC Milan, Inter Milan, and Arsenal's rivals Tottenham Hotspur are all linked.

It's reported that both Arsenal and Spurs have made contact with the player's agent as they sound out potential deals.

Pellegrini is believed to want Champions League football, which Roma also missed out on, which Spurs and Inter can offer him.

“With a single touch, he silenced a stadium.” Why I love… Hatem Ben Arfa