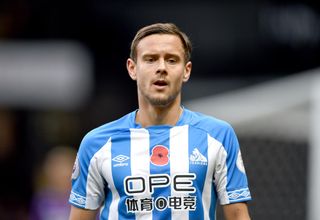 Lowe arrived in West Yorkshire from Kaiserslautern in the summer of 2016 and helped the club earn promotion to the Premier League in his first season, where he made 45 appearances in all competitions.

He played a further 56 times over the following two top-flight campaigns but, following Huddersfield’s relegation to the Championship, the 30-year-old will return to Germany to link up with the second tier side.

Huddersfield head coach Jan Siewert said: “Everyone at the club is sad to see Chris leave, but we’re happy to have this move sorted so quickly.

“Chris is a good player and a fantastic guy. At 30, he has a young family to consider and when he told me he wanted to return home this summer, we had to do the right thing for him.

“Dresden is a great club and is very close to his family home, so the move made sense for everyone.

“He played a big part in helping this club achieve some special things over the last three years and he has been top-class since I arrived here in January. He’s earned his place in this club’s modern history.”