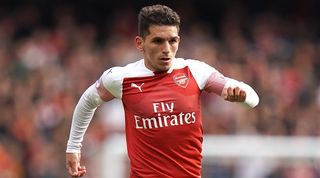 The Rossoneri have identified the Uruguay international as a key target as they attempt to build a squad capable of qualifying for the Champions League.

Milan are exploring a two-year loandeal worth around £7m which would also include an option-to-buy clause of £34m.

Torreira impressed in his debut campaign at the Emirates Stadium, quickly becoming a fans' favourite for his tough-tackling style.

However, the ex-Sampdoria man could be on his way back to Serie A this summer.

Year Zero: The season that made Fernando Torres (Atletico Madrid, 2002/03)