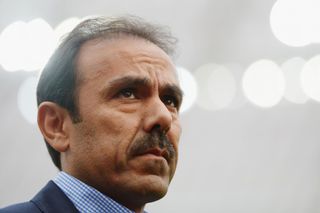 Luhukay oversaw an impressive first half to the season for Hertha in which they secured 28 points to go into 2014 sixth in the table on their return to the top flight.

However, since the turn of the year, Hertha have struggled and have added just 10 points to their tally - slipping to 10th and extinguishing any hopes of European football.

Ahead of the visit of Eintracht Braunschweig on Saturday, Luhukay said he has been taken aback by the extent of their second-half slump.

"For me it is the first time that the second half is not as successful as the first round," he is quoted as saying by Bild.

"We knew that the return series would be difficult. After an amazing first round, sixth place exceeded expectations and everybody spoke of Europa League ambitions.

"We had personnel problems. The biggest loss was that of (injured captain) Fabian Lustenberger - he has made only two games in the second half.

"We have three games remaining in the league and now we want to give our fans something back."