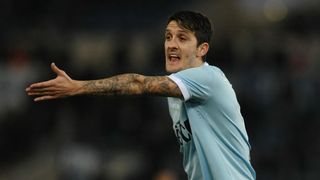 Luis Alberto has signed a new Lazio contract, extending his stay with the Serie A side through to 2022.

After moving to the Italian capital in August 2016 to end an unhappy spell in the Premier League with Liverpool, Luis Alberto has thrived.

The 25-year-old midfielder has scored seven goals in the league this season and he won his first Spain cap last November, coming off the bench against Costa Rica.

6+7 - Luis Alberto is the youngest player to have score at least five goals (six) and delivered at least five assists (seven) in Serie A this season. Mature.January 17, 2018