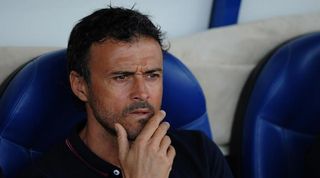 The Catalan giants fell three points short of La Liga champions Atletico Madrid at the end of the 2013-14 campaign, and were runners-up to Real Madrid in the Copa del Rey.

Coach Gerardo Martino subsequently left the club by mutual consent, with Luis Enrique named as his successor in May.

And, after Barca's 6-0 friendly demolition of Leon on Monday, the former attacker declared his aims for the season.

"This is a special group and they are an exemplary group in all the training sessions," he told the club's official website.

"Our main objective is to make sure you are all proud of us at the end of the season, proud of all our effort and hard work."

Barcelona get their league campaign under way at home to Elche on Sunday.