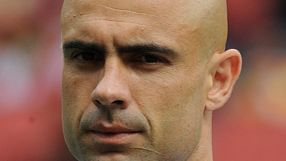 Olympique Lyon will be without captain Cris when they visit Lens on Sunday. The Brazilian defender has a knee injury and will also miss Lyon's Champions League game with Schalke on Wednesday.

After a below-par start to their season, Lyon are unbeaten in six matches and have moved them up to eighth, just three points off top spot.

"For me, what matters is that in January or February, we are in a position to go for the title. That is the objective", Lyon coach Claude Puel told daily Le Parisien on Friday.

Striker Andre-Pierre Gignac will have a chance to shine against his former club after a lacklustre start to his season.

"Psychologically, it is never easy to come back to a club that you used to represent for several seasons. You want to play well and sometimes you try too hard," coach Dider Deschamps told reporters.

Forward Mathieu Valbuena, who scored in France's 2-1 victory over England on Wednesday, will probably be rested in anticipation of Marseille's visit to Moscow on Tuesday in the Champions league.

They also have doubts over Brazilian striker Brandao who has an ankle injury.

Second-placed Lille host Monaco on Sunday looking to keep up the pressure on leaders Brest.

"The priority is to finish in the top five," coach Rudi Garcia told L'Equipe on Friday.

"I do not think the league will stay this squeezed up for long. For the moment, no one is consistent enough, but the big clubs, Marseille, Lyon, Paris, are all there."

Paris Saint-Germain will be without goalkeeper Apoula Edel for the second consecutive match when they host Caen on Saturday.

Edel used a medecine that is not allowed by the French anti-doping agency to recover from an infectious disease and is being rested as a precaution.

Defender Ceara should be fit to play after undergoing a successful nose surgery on Thursday.

To query or comment on this story email sportsfeedback@thomsonreuters.com)