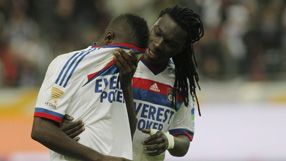 The seven-times French champions are fourth in the standings, six points behind third-placed Lille, who occupy the Champions League qualifying spot and travel to Dijon on Saturday.

After falling at the third qualifying stage in the 1999/2000 season, Lyon have put together a run of 12 straight years in the Champions League, reaching the semi-finals in 2010.

"I'd like to know what goes through my players' mind but unfortunately I can't," Lyon coach Remi Garde said after his side lost 3-0 at Toulouse on Wednesday.

"As long as it's mathematically possible, I can't stop hoping. But if we continue to be mediocre, it will be tough."

Lyon played poorly in their last two games. Last Saturday the suffered a 1-0 extra-time defeat against Olympique Marseille in the League Cup final.

While Garde said his side "lacked freshness", playmaker Yoann Gourcuff called on everyone at the club to work together.

"The reaction must be collective," he added. "Everyone, players and staff members, has to do some soul searching so we end the season nicely."

Lyon will also be looking over their shoulder as fifth-placed Toulouse trail only on goal difference while Stade Rennes are in sixth only two points adrift.

Leaders Montpellier will have the opportunity to put the pressure on second-placed Paris Saint-Germain, whom they lead by two points, when they host mid-table Valenciennes on Saturday.

PSG host strugglers Sochaux on Sunday and could be five points down at kick-off against a side that has not won at the Parc des Princes since 1990.

They will, however, not take anything for granted, especially after failing to beat bottom side AJ Auxerre last Sunday.

"We will have to be more motivated than they are," fullback Christophe Jallet said of strugglers Sochaux.

"We know it's not a game that will be easy to deal with. We can see that we, as well as Montpellier, have had problems in this kind of games."