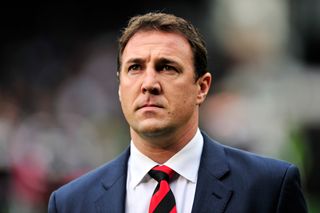 The Bluebirds' board will meet with manager Mackay on Monday, looking for answers after recruitment director Iain Moody was sacked last week.

Moody was one of Mackay's trusted allies in helping get Cardiff into the Premier League, but he was put on gardening leave and has been replaced by 23-year-old Kazakh Alisher Apsalyamov.

Apsalyamov is thought to be a friend of Tan's son and appears to have no previous experience in football.

These developments are the last thing Cardiff need after making a strong start to their first season in the EPL.

There has been some suggestions Mackay had been asked to resign last week but it is understood the manager has told senior players he will not walk away.

Mackay certainly has the support of his players, with veteran striker Craig Bellamy rating his boss as one of the best young British managers.