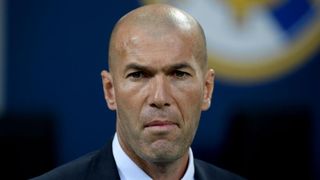 Zinedine Zidane was pleased with elements of Real Madrid's performance against Paris Saint-Germain but realises his players need to get up to speed.

Madrid, in their first outing since May's Champions League triumph against Atletico, went down 3-1 in the International Champions Cup at Ohio Stadium.

Jonathan Ikone's early goal and a brace from Thomas Meunier had PSG in a commanding position, before Marcelo's penalty proved little more than a consolation for Madrid.

With the first 90 minutes of pre-season under their belts, Zidane conceded his squad have plenty of work to do before their LaLiga campaign begins on August 21.

"We can't have this result happening again, but what we have to do and what we're trying to do, is to give our all when we play," he said

"We're currently in the preparation phase and we've got to get up to speed, that's what pre-season is for. We know that the LaLiga season is a very long one and that we've got to make a strong start.

"We were a bit lacking in terms of aggression against strong opposition, particularly in the first half. As for the positives, I look at our play because we kept the ball and had chances to score.

"We're still in the preparation phase and it's to be expected that we're lacking in some areas. We've got to work more and make things come as second nature, that's something that will happen gradually."

Madrid - missing the fearsome trio of Cristiano Ronaldo, Karim Benzema and Gareth Bale - started the match with Jese Rodriguez and Alvaro Morata up front, but Zidane says it is not a tactic he expects to repeat come the new season.

"We'll have to see how we line up against Chelsea [on Saturday]," he said." We already know how we're going to set up throughout the season: three up top and three in the middle.

"But in pre-season you have to work on other things and we went with two strikers in this game, Jese and Morata in the first half and Mariano and Enzo in the second period and we were happy with them."