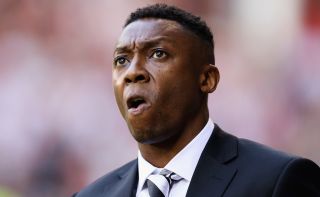 The former Arsenal and QPR forward joined the club as part of their youth set-up in February 2012, replacing Keith Curle as Meadow Lane boss a year later.

A run of just one defeat in 10 games helped the Nottingham club to League One survival last term, but two victories all season this time around has seen their spot in the third tier come under threat.

Chief executive Jim Rodwell met with Kiwomya following the Preston defeat and revealed it had been a tough call to part with the 43-year-old.

"I cannot express how difficult a decision that this has been for the board of directors,” explained Rodwell.

"This has been a gruelling year for Chris, both on the pitch and personally. Chris has conducted himself with dignity and professionalism throughout.

"We would like to state, for the record, that we continue to hold Chris in high regard. His work rate, enthusiasm, commitment to the club and importantly, honesty and integrity are commodities rare in football today."

Development squad manager Steve Hodge will be in the dugout for Tuesday's meeting with Oldham Athletic.