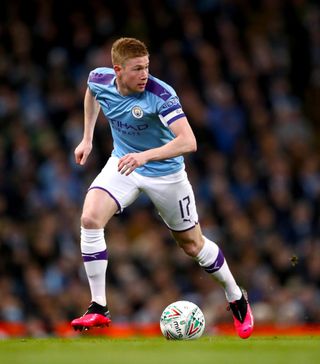 Manchester City will assess the fitness of Kevin De Bruyne ahead of Wednesday’s rearranged Premier League clash with Arsenal.

The Belgium playmaker has missed City’s last two games with a shoulder injury.

Defender Aymeric Laporte (hamstring) remains on the sidelines and winger Leroy Sane is again unlikely to feature as he builds up fitness following knee surgery.

Arsenal could welcome January signing Cedric Soares into their squad for the first time.

The Southampton loanee has been sidelined with a knee injury since making the switch but is now back in training and has a chance to feature at City.