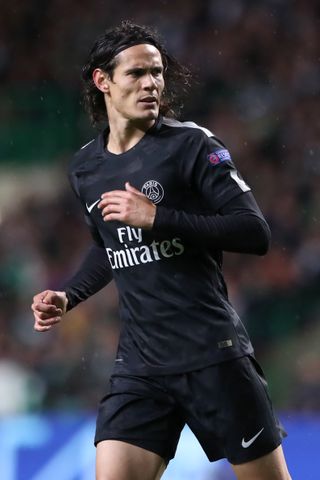 The 33-year-old Uruguay international is without a club since leaving PSG in the summer when his contract expired.

It is understood that if a move to United goes through, Cavani is likely to join on a one-year contract, with the option to extend for a further 12 months.

Cavani played for PSG for seven seasons after joining from Napoli and is the French outfit’s record goalscorer, having netted 200 times for them.

The glut of trophies he won during that time includes six Ligue 1 titles.

He has also scored 50 goals in 116 appearances for Uruguay.

United – who will face PSG in this season’s Champions League group stage – have brought in only one new signing so far since the end of last term, with midfielder Donny Van De Beek arriving from Ajax.

Borussia Dortmund’s England winger Jadon Sancho has been a target for the Red Devils and they have also been linked with Barcelona’s Ousmane Dembele.