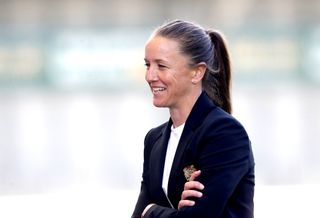 Manchester United have announced the signing of England international Alessia Russo on a two-year deal.

Forward Russo, 21, who had spells at Brighton and Chelsea earlier in her career, joins United following three years in the United States with North Carolina Tar Heels, having represented the University of North Carolina in the Atlantic Coast Conference.

Russo was part of the squad which won bronze at the 2018 Under-20 Women’s World Cup and made her senior debut earlier this year against Spain in the 2020 SheBelieves Cup.

“I’m so honoured to be here, I come from a family of Manchester United supporters so it’s a dream to now say I am part of this great club,” Russo told United’s website.

“It’s been a bit of a strange time over the last few months, but I’m really happy to be back in England and coming to United was the perfect opportunity for me.

“When I first spoke to (manager) Casey (Stoney), I was impressed with the club’s vision and ambitions and I knew that I wanted to be a part of that; to be competing for trophies, pushing for the Champions League, and helping to grow this amazing team.

“I just can’t wait to get going and start this new journey; it’s a really exciting time in my career.”

I’m excited to share that I am joining Manchester United this season! I’m grateful to have the opportunity to play for such an elite club and beyond ready to get back on the field! @ManUtdWomenpic.twitter.com/JH9viQu5E4— Christen Press (@ChristenPress) September 9, 2020

Russo follows the signings of USA forwards Tobin Heath and Christen Press as Stoney continues to strengthen the squad.

“Alessia is a real talent and I’m delighted she’s joining the club. She is a dynamic and powerful forward with so much pace, and we’re really looking forward to her coming into the squad,” Stoney said.

“She’s had some great success over the last few years whilst playing in the US college system, but it’s brilliant to see her back in this league.

“Making her senior international debut at such a young age earlier this year is also a testament to her talent, hard work and attitude, and I am excited to see her develop with us.”