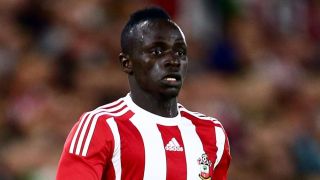 Ronald Koeman has dropped Sadio Mane from Southampton's starting XI for Saturday's trip to Norwich City after the attacker turned up late for a second time.

The Senegalese was similarly omitted in February when he failed to arrive on time for a Premier League clash with Liverpool.

Mane has been named among the substitutes at Carrow Road.

"It's a disciplinary reason [that Mane has not been included]," said Koeman. "He was in the team, but he was too late in the meeting.

"We have rules in the team."

Mane has scored three goals in 19 top-flight appearances for Southampton this season.