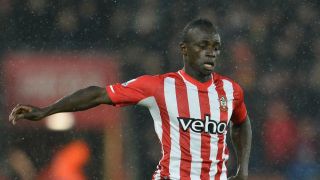 Mane came on as a substitute in the 57th minute of the clash at St Mary's Stadium, with Bosnia international Filip Djuricic named in the starting XI for the first time instead of the Senegal forward.

Mane has been one of the key performers in Southampton's excellent season, which sees them firmly in contention for UEFA Champions League qualification.

But Koeman was forced to drop Mane for his lack of punctuality, leaving him to watch from the sidelines for almost an hour as Liverpool gained ground in the race for the top four with an early wonder-strike from Philippe Coutinho and a Raheem Sterliing effort 17 minutes from time.

"He was supposed to play from the beginning. We have rules we have to respect," Koeman told BBC Radio Solent.

"I had a problem because Sadio was too late at the stadium."

Southampton are now just a point ahead of Liverpool in fifth place and trail fourth-placed Manchester United by a point.