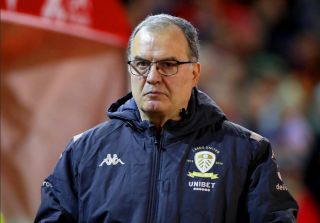 Marcelo Bielsa has admitted Leeds are paying a high price for not converting their goalscoring chances.

Bielsa’s Sky Bet Championship promotion chasers have seen an 11-point cushion in the race for a top-two finish evaporate in recent weeks.

Leeds remain second in the table after Saturday’s 2-0 defeat at Nottingham Forest, but have lost five of their last 10 league matches.

“I have explained before what I think about the matches where we lost points and there is no reason to continue explaining that,” said Bielsa, whose side play at promotion rivals Brentford on Tuesday night.

“But it’s not about that. (The players) don’t do any more what they did before because the players are doing the same things they used to do when we have been in a good moment.

“There are good things the players are doing on the pitch and also mistakes. Before maybe we didn’t pay consequences for the mistakes in the good moments, but now we are paying higher consequences.

Leeds were 11 points clear of third place after securing a seventh straight league win when beating Hull in early December.

Defeat at Forest has left them level on points with Fulham and two ahead of Tuesday’s night’s opponents Brentford, but Bielsa insisted his players’ confidence remains unaffected.

“It’s just about scoring the chances,” he said. “The positive things the team used to do, we used to transform into good things and now we are not doing that.

The former Argentina and Chile boss said his side’s poor conversion rate was not unique to Leeds.

“That happens to every team, that you have ups and downs when you look at the scores with chances,” he added.

“I can show, but I am not going to do it, that Leeds is the best team in the Championship at attacking.

“But it’s not useful to give more explanations because the results speak for themselves and the results are bad.”

Leeds will be boosted by the return from suspension of Kalvin Phillips at Brentford and Bielsa confirmed the midfielder will go straight back into his starting line-up.

But Tyler Roberts has been ruled out due to a calf injury sustained at Forest and it remains to be seen whether new striker Jean-Kevin Augustin will be involved.

Augustin, signed on loan from RB Leipzig, made his debut off the bench at the weekend and Bielsa grew impatient when questioned again about the Frenchman’s match fitness.