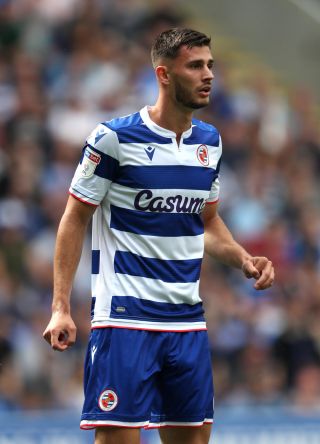 Miazga, 24, was at fault as Scott Hogan headed Birmingham ahead, but the USA international made amends when he equalised seven minutes after the break, volleying in Andy Rinomhota’s cross from 10 yards.

Yakou Meite then glanced home from John Swift’s deep free-kick and Pele added gloss to the scoreline late on.

“He showed great character. I wouldn’t blame him for the first goal – he tried to head it back,” said Bowen.

“It was more the case of Hogan being a goal poacher and he read the situation well.

“Miazga has now got two goals for me since I took over and he is a quality player.

“There’s an extra special mention for him because he was out for six weeks with an ankle injury and has now played three games in eight days and his standard in all three has been top class.”

Bowen was delighted to return to St Andrew’s after spending two years as Steve Bruce’s assistant from 2002-04 when the club was in the Premier League.

“It has a special place in my heart, this club,” said the Welshman.

“We had two-and-a-half years here and got promotion to the Premier League.

“The last year we finished 10th in the Premier League and these fans here left a lasting impression on me because I know what they can give.”

Birmingham escaped a second points deduction after the English Football League dismissed a charge of alleged breaches of a business plan.

Head coach Pep Clotet said: “I am relieved there is no points deduction.

“The club was always very confident that would be the outcome, but you always take it as a big relief because you don’t want to be mixed with bigger problems that it would mean.

“It wasn’t on the players’ minds – we all took it for granted that a deduction would not happen, but it would have been a blow.

“It means the end of the season is a bit more straightforward.

“We know where we are, we want to get to 50 points as soon as possible and try to win as many games as possible until the end.”

Clotet felt decisions went against his side, in particular an alleged push on Jude Bellingham deep inside the penalty area.

“When it comes to the decisions what is unbelievable is we keep talking about this every game,” he said.

“I think Jude Bellingham received a penalty – I saw it clear from where I was.

“If I had been where the referee or linesman was I would have seen it even clearer.

“But we are likely not to get it because it is the same every week. It’s clear – the numbers speak for themselves.”