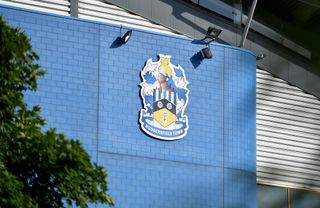 Huddersfield’s new interim chief executive Mark Devlin said he was thrilled to have joined “a club of this size and potential”.

Devlin, former chief executive at Brentford, QPR and League of Ireland champions Dundalk, took up his new role at the John Smith’s Stadium on Monday.

“I’m delighted to be joining Huddersfield Town at a such an exciting time in their history,” Devlin told the club’s official website.

“The chance to work at a club of this size and potential is a great opportunity.”

Huddersfield announced in December that they had appointed Neil Hart as their new chief executive to replace Julian Winter.

But Hart, who had signed his contract with Huddersfield, reneged on his decision in order to take up the same role at Burnley.

Hart had previously worked as Burnley FC in the Community chief executive.

“Mark’s track record in football speaks for itself. He’s an experienced leader who has excelled wherever he has worked, but his time at Brentford really stands out.

“He’ll add a real know-how to our leadership group and I believe he will be an asset to the club. I’m looking forward to working closely with him.”