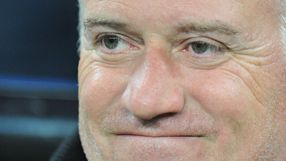 Marseille are languishing in ninth place in Ligue 1 and were knocked out of the Champions League last week by Bayern Munich but the chance to win the League Cup for the third straight year is brightening the end of an otherwise forgettable campaign.

"The environment is different," coach Didier Deschamps told a news conference on Friday. "When we have the joy to prepare for a final it's already magnificent.

"The motivation is there [but] against us we have a team who arrive with more confidence and calmness."

Defender Cesar Azpilicueta has recovered from an ankle problem but Remy has only just started running after a knock and fellow forward Jordan Ayew is playing despite needing an operation.

"We will wait until after training to make our decision [on Remy]," Deschamps added.

Lyon, who are fourth in Ligue 1 and have reached the French Cup final but lost to APOEL Nicosia in the Champions League, had better news on central defender Cris who said he was fit to play after a month out.

"I feel good and I am ready to help the team and use my experience," the Brazilian said.

Lyon coach Remi Garde, in his first season in charge, said victory would help the rest of their campaign with third spot in Ligue 1 and a Champions League qualifying round berth still in sight.

"It could have the effect of boosting this young group, we will have more confidence. But if we lose I think we will be able to bounce back," he said.