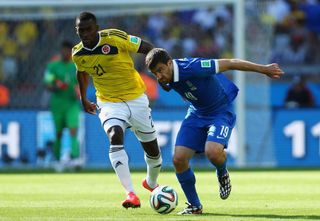 The two sides are set to meet in their second Group C fixture, having won their opening matches against Greece and Japan respectively.

And, while praising the African nation's defensive qualities, Martinez feels Colombia can make it two wins from two.

"They have a strong defence," he said. "But we have a virtue and it is the speed of our attack.

"You have to be smart when it comes to attacking them to have a better chance of scoring.

"Colombia has players to be able to make a difference."

Colombia's final match of the group stage will be against Japan on June 24.