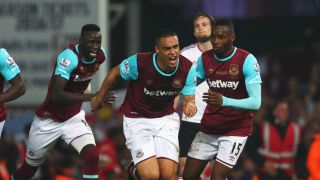 The New Zealand international turned home the winner in the 3-2 Premier League triumph with 10 minutes, after United had overturned a 1-0 deficit via an Anthony Martial double on Tuesday.

With Louis van Gaal's men looking like taking the points, West Ham stepped up a gear and besieged United's penalty area with set-piece after set-piece.

"It was just meant to be tonight. It is brilliant for us," Reid told Sky Sports after the game.

"It was the best atmosphere we have played in. The fans have been with us through the good times and the bad times."

West Ham are sixth in the standings, one point adrift of fifth-placed United with one match remaining, which is at Stoke City on Sunday.