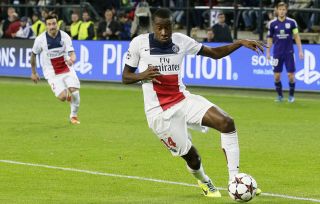 The Belgians proved difficult to break down for much of their UEFA Champions League Group C encounter - PSG failing to get a single shot on target in the first half.

Anderlecht took the lead through Demy de Zeeuw in the 68th minute, before Zlatan Ibrahimovic rescued a point for the Ligue 1 champions two minutes later.

The visitors had Sacha Kljestan sent off late on for a second bookable offence, but they held firm for a point.

The result leaves Laurent Blanc's PSG needing just a point against Olympiacos next time out to qualify, but Matuidi feels that a 5-0 demolition of Anderlecht in the reverse fixture a fortnight ago meant that their opponents arrived at the Parc des Princes on Tuesday in search of retribution.

"I think we fell to a spirited team after the first leg," he said. "They found success tonight. We didn't do well.

"There was no relapse. It was a game where we didn't feel good.

"We would have liked to go through, but I hope we can do it in the next game."