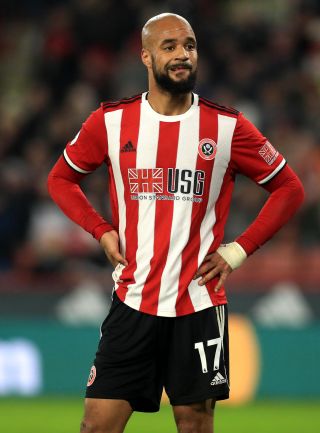 David McGoldrick could be back in the Sheffield United squad for their game against Bournemouth on Sunday.

The former Southampton striker has missed the last four matches with a foot problem but Blades boss Chris Wilder said he had been “back on the grass” this week.

Josh King could be fit for Bournemouth. The Norway forward has been struggling with a thigh issue, but could be ready to face the Blades.

Jack Stacey could also shake off his own thigh issue to feature at Bramall Lane, while Junior Stanislas could be ready for a start after taking a seat on the bench against Aston Villa.