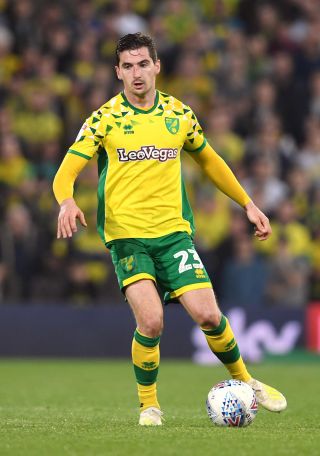 The Canaries clinched promotion to the promised land after a three-year absence at the weekend with a 2-1 win over Blackburn at Carrow Road.

One point in the final game at Aston Villa on Sunday will see them crowned champions but McLean is already surveying the homes of the great and the good, with Chelsea the most coveted.

The 27-year-old Scotland midfielder told Press Association Sport: “Obviously the Premier League is a dream for any player. There are obviously a lot of fixtures which excite everybody.

“The top teams are ones you want to go up against and you want to go those stadiums. You see Spurs’ new stadium and you relish the prospect of playing there next season.

“But I look forward to Stamford Bridge. I have been there a couple of times to watch Champions League games and the atmosphere and occasion is something you want to be involved in and put yourself against the best players.

“They haven’t done as well this season but in terms of where you want to go and play Chelsea and Manchester United have always been at the top.

“Thankfully for us, as a club, we have given ourselves the opportunity to go against some of the best players in the world. That is something you need to enjoy and look forward to because we have worked hard to get there.

“We have been deserved promotion winners and we can look forward this summer to what’s ahead.”

McLean admits clinching the Sky Bet Championship title was not at the forefront of his mind when Norwich picked up just five points from their first six league games.

At that juncture the former St Mirren and Aberdeen player was out with ankle ligament damage sustained in August’s Carabao Cup win over Stevenage, which was only his third game for the club.

He underwent surgery in October which kept him out until the start of the year, but he has subsequently become a mainstay in Daniel Farke’s side.

“The most important thing in this league is always promotion,” said McLean. “But to win the league, it would just be the icing on the cake. It would be much better for everybody, that would be pretty special.

“Obviously after the first five or six games we weren’t looking great, and at that time the last thing on your mind is promotion.

“The injury totally disrupted my season and it dragged on much longer than me or anyone anticipated. But the boys were great, they went on a run and put us in a good position and the way we have finished the season has been unbelievable.

“We had eight wins in a row which put us top of the league and after that we managed to get the job done. Now that we have got the job done it is something to enjoy.”