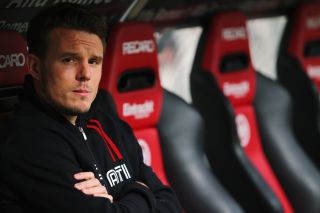 The forward, who has been at the club since 2004, sees his contract expire at the end of the current Bundesliga campaign, but is reportedly in disagreement over the terms of a potential new deal.

And the 30-year-old's representative Paul Koutsoliakos revealed Meier was being patient in his approach to the negotiations.

"It is likely his last big contract after such a long time at Eintracht," he is quoted as saying by Bild.

"There is no time schedule and no pressure"

Meier has scored three goals in eight Bundesliga appearances for Eintracht this season, with the club currently sitting 15th in the German top flight.