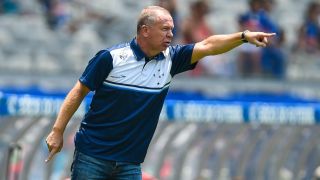 Cruzeiro have confirmed the appointment of former Brazil boss Mano Menezes as their new coach following the departure of Paulo Bento.

However, following a dismal start in the CSL, the 54-year-old resigned from Shandong in June and now returns to Belo Horizonte just seven months after his departure.

Menezes takes over from ex-Portugal head coach Bento, who left his post on Monday having only assumed the reins in May.

Bento won just four of his 15 top-flight matches at the helm and leaves the 2013 and 2014 champions languishing in 19th.

Cruzeiro face Copa Libertadores-chasing Santos in their next outing on Sunday.