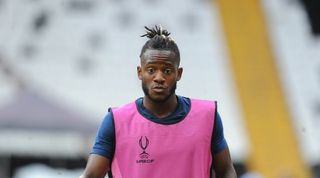 The Belgium international is out of favour at Stamford Bridge, having fallen behind Tammy Abraham and Olivier Giroud in the pecking order since returning from his loan at Crystal Palace.

However, the Evening Standard writes that the Belgian is determined to fight for a starting spot at Chelsea before considering his situation again in January.

The 25-year-old featured for the club’s development team in a 3-0 win over Liverpool on Tuesday after being left out of all three first-team matches so far in 2019/20.

Batshuayi has been farmed out on loan to Borussia Dortmund, Valencia and Palace since joining the Premier League club from Marseille for £33.2 million in 2016.

He is eager to gain regular gain time this season in order to push for a place in Belgium’s Euro 2020 squad, and wants to do that at Chelsea, but he will consider a move elsewhere if he fails to break into the team before the mid-season window opens.