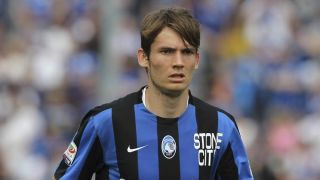 Middlesbrough have completed the signing of Marten de Roon from Atalanta for a fee believed to be in the region of €14million.

The Dutch midfielder has signed a contract with the newly promoted Premier League outfit until June 2020.

De Roon started his professional career with Sparta, before joining Heerenveen in 2012. He quickly became an important first-team member at the Abe Lenstra Stadium, earning himself a move to Atalanta after three years in Friesland.

The holding midfielder wasted no time in becoming a key figure at the Bergamo side, but they decided to cash in on De Roon after just one season in Serie A when Middlesbrough matched their valuation of the player.

The 25-year-old becomes Middlesbrough's third new arrival ahead of the 2016-17 campaign, with Viktor Fischer and Bernardo Espinosa previously making the move to the Riverside Stadium.