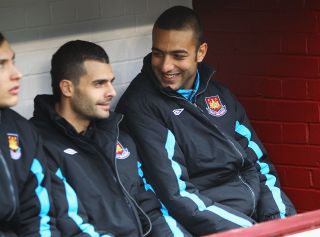 Mido takes over from Helmi Toulan, who was sacked after Zamalek's 1-1 draw with Haras El-Hodood in the Egyptian Premier League.

That was just their fourth game of the season with Zamalek in fourth position with two wins, one draw and one loss.

"We have officially appointed Mido as the first team new head coach," the club said in a statement on their official website.

Mido, who turns 31 in February, will be the youngest manager in Egyptian football history and has no prior coaching experience.

He began his decorated career at Zamalek in 1999 before enjoying successful stints across Europe, most notably at Ajax and Tottenham.

He also scored 19 goals in 51 appearances for the Egyptian national side.