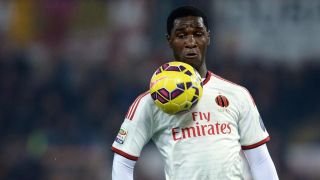 Cristian Zapata is set for surgery on an ankle injury he suffered during the Copa America.

The AC Milan defender played in all five of Colombia's games at the Copa America Centenario last month as they reached the semi-finals before being knocked out by Chile.

In a statement, the Serie A side said: "AC Milan announces that, in the course of the Copa America, Cristian Zapata suffered a lesion to the capsular ligament in his left ankle.

"After a consultation with professor Niek van Dijk in Amsterdam, the player will have to undergo surgery in the coming days."

Zapata signed for Milan on a permanent basis in 2013 after initially joining on a season-long loan from Villarreal.

The centre-back made 21 appearances last season, scoring one goal.