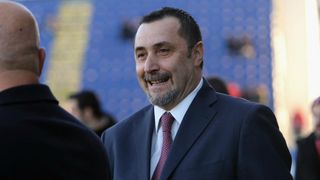 The Rossoneri confirmed a replacement for Mirabelli has already been lined up, with former head coach Leonardo expected to take over the role.

Arsenal CEO Ivan Gazidis is rumoured to be in contention for the position vacated by Fassone on Saturday.

Elliott's takeover from the beleaguered Li Yonghong led to a raft of changes at board level over the weekend, including the appointment of Paolo Scaroni as executive chairman, and further changes could be seen on the pitch.

Captain Leonardo Bonucci is the subject of intense transfer speculation with Paris Saint-Germain and former club Juventus believed to be keen on the Italy defender.