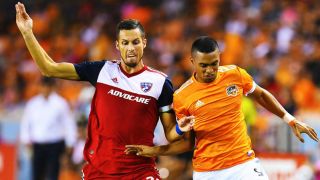 Venezuelan Pena equalised in the 88th minute as struggling Houston held Western Conference leaders Dallas to a 1-1 draw on Thursday.

Dallas – four points clear atop the west – looked to have snatched all three points when Michael Barrios broke the deadlock with seven minutes remaining in Houston.

Houston, however, were not done as Pena responded five minutes later with a low shot from the edge of the box.

The draw snapped a run of five successive defeats, though the Dynamo remain winless in eight matches.

The Fire are second from bottom in the Eastern Conference amid their nine-game winless streak, while the Crew are fourth and 11 points adrift of leaders Atlanta United.