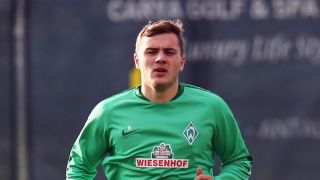 Jurgen Klinsmann isn't a popular man in Seattle these days, or in MLS circles in general if you ask Portland Timbers owner Merritt Paulson. Klinsmann's role in Jordan Morris' winter trial with Bundesliga side Werder Bremen has left the 21-year-old's' professional future in question and has led to the possibility that he passes up on an offer to play for the Sounders in favor of a deal with the German club.

Don't count Sounders coach Sigi Schmid among those who hate Klinsmann now. He may not agree with his old friend's views on what might be best for Morris' future, but Schmid won't let that turn him into a Klinsmann hater.

"We've had some direct conversations, but we're both German so we can talk about things," Schmid told Goal USA. "I always find it interesting sometimes the sensitivities of certain people or cultures where if you say, 'I don't agree with you,' they view that as you not liking them when it's just not agreeing with a particular point and everything else is fine.

"Obviously Jurgen and me have had pretty open discussions about that. He knows how I feel, and I know how he feels, but there's still a lot of respect for each other."

As much as Schmid respects Klinsmann, he does have concerns about the perceived notion that the European route is unquestionably the better route for a young player like Morris to take.

"That's a question that really needs to get asked of our national team programs," Schmid said. "Every situation is different for every player. Some are ready to go, some aren't. All I know is that, in general, when you look at the statistics, players who have had success in Europe have generally played in MLS first.

"The MLS route is not the worst route," he added. "We're not going to stand in somebody's way. We didn't stand in DeAndre (Yedlin's) way when the offer came and the opportunity was right. If he wouldn't have had those two years with us, allowing him to develop, I think it'd be much different for him right now.

Klinsmann has drawn considerable scrutiny for his role in helping Morris secure a trial with Werder Bremen, and the sense among sources close to Morris is that the young forward would have already signed with the Sounders if Klinsmann hadn't stepped in and presented the Werder Bremen option.

Is Klinsmann wrong for presenting a young American prospect with an option he might not otherwise have had? Is he wrong for wanting his best players playing in the world's best leagues? The answer is no, but the reality is Klinsmann is also fighting a perception that he doesn't rate MLS, and doesn't want national team players playing domestically.

Only Klinsmann knows how he truly feels about MLS, but the reality is you will be hard-pressed to find a natonal team coach anywhere in the world who wouldn't prefer to have his best players playing in the world's top leagues.

MLS isn't a top league yet, but the league's aspirations include wanting to be a preferred destination for elite American players. That leaves Klinsmann directly at odds with MLS, and the Jordan Morris situation is a new flash point in that struggle.

Morris has impressed at Bremen, leading to recent comments from the club's sporting director that the German club expects to sign the 21-year-old striker. Sources have told Goal USA that no decision has been mate yet, and that, as of Monday, Seattle was still very much a strong possibility to land Morris.

With training camp fast approaching, it would be easy for the Sounders to start putting pressure on Morris to make a decision, but Schmid has made it clear he wants to give Morris the time and space he needs to figure out just how he wants to begin his professional career.

"We've given Jordan a wide berth, and the timelines are agreed to," Schmid said. "I know they came out in the German paper and said he was going to extend his trial and go back to Bremen, but that was always the plan, that wasn't anything different. We knew he was going to be there up until the 20th and then he was going to come back and make a decision.

"We've given (Morris) our offer, he knows what it is," he continued. "We feel good about what we're able to do for him. Now he's just got to go through the process for himself and make the decision that he feels good about."

If Morris does sign with Seattle, the Werder Bremen trial will quickly fade away as a footnote in what might wind up being a special career for Morris. However, if Morris chooses Werder Bremen, the Sounders, and MLS in general, will only feel more hostility toward Klinsmann, and Schmid will likely have some choice words in German for his old friend.