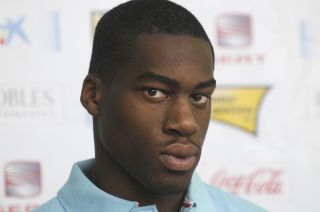 The France international sustained the blow in the warm-up to Monaco's 2-0 Ligue 1 defeat to Rennes on Saturday.

News of the former Sevilla man's injury will come as a further setback to the Principality club, who are already without defender Layvin Kurzawa due to a similar problem and have struggled for consistency in the French top flight.

The loss at the Stade de Route de Lorient left Leonardo Jardim's men 10th in the table on 20 points, 14 behind leaders Marseille.

Kondogbia has made 46 appearances in his time at the Stade Louis II, scoring three goals.

Monaco will attempt to return to winning ways when they host struggling Lens on Tuesday.