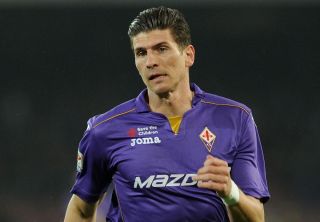 The Germany international has started just five Serie A matches during his maiden campaign in Italy, with only two of those appearances coming since September.

Fiorentina coach Vincenzo Montella is concerned Gomez has taken the field for the last time this term.

"I fear we won't see him again this season," said Montella on Friday.

"That is my sensation, seeing as he's not even training with the team yet.

"It's a shame, as we hardly had him at our disposal. Perhaps there have been a few too many opinions expressed on his injuries."

Fiorentina have also been forced to cope without Italy forward Giuseppe Rossi, who injured his knee in January but could yet return for next week's Coppa Italia final against Napoli.

"Will Rossi be available for the Coppa Italia final? I hope so," added Montella.

"That is the hope of a coach, but we'll have to see if his fitness levels remain like this or improve."