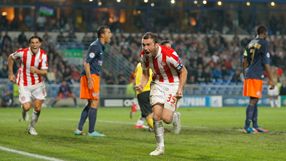 "A lion never dies. Even if we lose, we must keep our heads high. We will get there, all together," Morocco midfielder Younes Belhanda told reporters after his team lost 2-1 to Olympiakos in the Champions League on Wednesday.

"We were champions last year, we have the qualities to do something again this year."

Montpellier, however, lie 16th in the league standings with eight points from nine games, and have lost two and drawn one of their Champions League games.

Coach Rene Girard believes his players must be more focused if they are to stand a chance of improving.

"A defender must understand he is here to defend", he said, referring to his team's dismal defensive performance against Olympiakos.

"We need to understand that you can't just play well for 50, 70 minutes. We'll win again when we understand a game lasts 90 minutes," said Belhanda.

PSG, who beat Dinamo Zagreb 2-0 in the Champions League on Wednesday, travel to basement side Nancy on Saturday looking to extend their unbeaten run in the league to 14 games over two seasons.

Marseille will be without striker Andre-Pierre Gignac, who has been ruled out for six weeks with a broken foot but keeper Steve Mandanda believes France striker Loic Remy, who has been struggling with injuries, will be up to the task.

"Loic Remy is an important player in the team," he told the club's website.

"He is a great player. We know he was decisive last season and I'm sure he will be again this season."