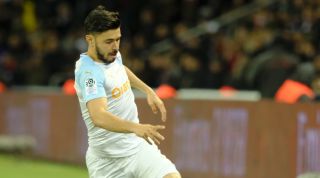 The Ligue 1 club are likely to offload some of their players this summer after failing to qualify for the Champions League.

Sky Sports News reports that the Hammers have opened talks with l'OM about a potential move, while Newcastle and Wolves have also been offered the player.

The 24-year-old is believed to have a price tag of around €35 million.

Manuel Pellegrini’s side have spoken with Marseille sporting director Andoni Zubizarreta and Sanson’s agent about a potential deal.

According to the report, the Hammers have also tabled a £10 million bid for Lorient winger Alexis Claude-Maurice in addition to an offer for Barcelona’s Andre Gomes, who spent the 2018/19 campaign on loan at Everton.

Sanson joined Marseille from Montpellier for €12 million in January 2017 and scored five goals in 33 league games for the French club this season.