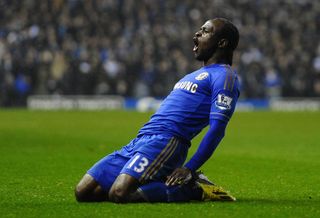 The 22-year-old, who made just 12 starts for the London club in the Premier League last season, completed his switch to Anfield on deadline day, with Mamadou Sakho and Tiago Ilori also arriving.

But the Nigeria international confirmed that former team-mate Sturridge helped him to make his mind up, though he did not need much convincing.

Moses told the club's official website: "I spoke to Studge and he wanted me to come here. He said I'd love it here, but he didn’t need to say much.

"The next morning, I had a word with my agent and told him it could be the right move for me.

"It's a massive club with great history. The club is doing well, so I wanted to come here and enjoy my football.

"I just want to come here, help my team-mates however I can to try and get into the top four, and get as many games as I can at the same time."

Moses will now link up with his country ahead of their crucial FIFA World Cup qualifier against Malawi on Saturday before possibly making his Liverpool bow against Swansea City on September 16.