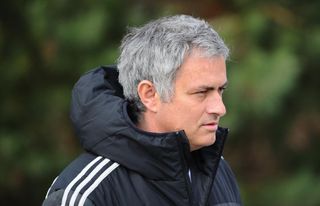 A second-half own-goal from John Terry was enough to secure three precious points for the relegation-threatened hosts on Saturday and deal a significant blow to Chelsea's title ambitions.

The former Real Madrid boss claims his side's reliance on their rivals dropping points means that the prospect of him lifting a third Premier League title are increasingly unlikely.

He told Sky Sports: "Now I feel it is impossible to win the title. We depend too much on other results."

The Portuguese believes a top-four finish will be mission accomplished for his side in his first season back in England.

He added: "Of course with my mentality I want to play every game and try to win every game.

"I want to play every game trying to win not thinking about positions and points."

Chelsea will now turn their attentions to their Champions League quarter final, before hosting Stoke next Saturday.