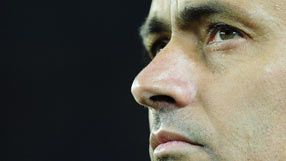 The flamboyant Portuguese, a former assistant coach at Barca who later managed Porto, Chelsea and Inter Milan before being poached by Real, suffered his worst defeat in a league match at the hands of the La Liga champions but said it was "by no means a humiliation".

"It's easy to digest because it's a defeat in which there was no chance of winning," he told a news conference at Barca's Nou Camp stadium.

"One team played to their potential tonight and the other played very badly," he added. "The championship will be very close to the end."

Mourinho had got off to a flying start in the Spanish capital in his bid to end Barca's two-year reign as domestic champions and restore Real's fortunes in the Champions League.

His expensively-assembled side were undefeated in all competitions before Monday but have now slipped two points behind leaders Barca with 13 of 38 matches played.

Mourinho, who has failed to win at the Nou Camp in six attempts, said the Barca team was "the finished article" and "the result of many years of work" and reiterated that it will take time to mould the Real squad into an effective unit.

"The result today does not reflect the difference between the two teams," he said.

"Obviously I am sad because nobody likes losing and least of all by that score.

"I hope it doesn't affect the players psychologically and I told them exactly that, that the championship does not end today and who knows we might be back at this stadium again this season (in the Champions League)."

He urged his players to "show character" and pick themselves up for Saturday's La Liga match at home to Valencia.

"When you lose by four or five goals you don't need to go out and cry but go out with a desire to train, to work and to win the next match.

"I have no need to be concerned about my team, who have played fantastically up to now.

"Today they did a very bad job and on Saturday they have to return to winning ways.

"There is nothing more to be done today but from tomorrow a great deal."