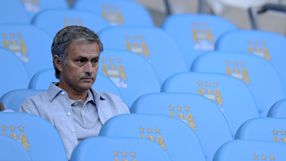 Portuguese Mourinho guided Chelsea to back-to-back Premier League trophies in 2005 and 2006, the London club's first top-flight titles since 1955, and his love for the English game has not diminished despite his sour exit in 2007.

"I was still a very young coach when I left Portugal to go to England. There couldn't be a better place to go," Mourinho said at a League Managers Association conference at England's hi-tech training complex on Monday.

"In England you feel the real passion for the game. I know that one day I will come back because English football means a lot to myself," he added.

The 49-year-old made his name when he took Porto to the 2004 Champions League title.

Following his Chelsea days he won the Champions League again with Inter Milan in 2010, as well as the Serie A title and Italian Cup for a rare treble, before he moved to Spain where he clinched the league in his second season.

However almost two-thirds of Real's members believe Mourinho has a negative impact on the club according to a survey published last week and, with the champions 18 points behind Barcelona in La Liga, speculation is rife about his future.

Mourinho has been linked with jobs in France, at Paris Saint-Germain, and in England to replace long-time United boss Sir Alex Ferguson.

"I feel everybody involved in the game should experience English football because it's a special feeling. You really enjoy being a football professional there," said Mourinho.

"I know what I felt when I had to go up the Wembley stairs to get the FA Cup," he added, having won the world's oldest competition in 2007.

Mourinho leads his beleaguered Real side in the King's Cup quarter-finals later on Tuesday against Valencia knowing the vultures will circle if his side slip up.

Another shot at redemption will come in the Champions League next month when the nine-times European champions take on Premier League leaders Manchester United in the last 16.