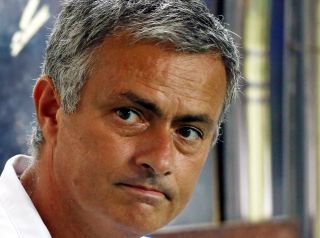 Mourinho's second spell at Chelsea begins with a match against newly promoted Hull City at Stamford Bridge on Sunday.

The Portuguese's last competitive fixture at the helm was a 1-1 draw with Rosenborg in the UEFA Champions League in 2007, and he is itching to get back into English football.

But he warned his side not to be complacent against a Hull side carrying the momentum of promotion.

"I am better than ever," he said. "I want to give everything for this club. I look forward to the salt and pepper of football, the unpredictability of every game, every result.

"I want to say to everyone in the country who goes to football every weekend, I am one of them.

"Our start is difficult. I don't like to play against teams from a lower division, who come with a fantastic mentality."

Mourinho also reiterated the club's stance that centre-back David Luiz is not for sale.

The 50-year-old has had to fend off interest for the Brazil international, who has been the subject of a reported bid from La Liga champions Barcelona.

But Mourinho insisted that the club have no plans to sell the player, with his focus instead on bringing one more in.

"We are being very honest by saying there is no chance David Luiz is leaving," he added.

"I like the squad. I'm not lying when I say that.

"But we are trying to get one player and we will see what happens."

Mourinho refused to rule out the possibility of a reunion with Anzhi Makhachkala forward Samuel Eto'o, who he managed at Inter, adding: "I'm happy a player who worked with me before says he wants to join me again, especially one like Samuel."