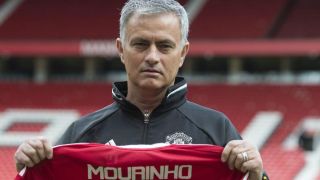 Manchester United boss Jose Mourinho must bring the fear factor back to Old Trafford, according to former captain David Beckham.

Mourinho replaced the sacked Louis van Gaal in May on a three-year deal, less than a week after the Dutchman guided the club to FA Cup glory.

However, the trophy was the first for United in a three-year dry spell, following the retirement of club legend Alex Ferguson in 2013 and the failed spell of David Moyes.

Beckham believes Mourinho's appointment was the right decision, but says the Portuguese has got a big task on his hands.

"I fully expect it to work," Beckham told Sky Sports. "With Jose leaving Chelsea and now coming back into the Premier League with United, for me it is a great move.

"I had huge respect for Van Gaal, but it did not work out the way people expected it to. But I think at the end of the day, now it is a new start for United.

"We have had a couple over the last three or four years, which is not the Manchester United style, who are used to a manager like Alex Ferguson being in there for so many years.

"We have had quite a lot of change over the last few years. So now with Jose in there, he knows what he wants and how to get it, he knows how to win titles.

Mourinho has won the league with every club he has been manager of and Beckham expects him to achieve Premier League glory with United in his first season.

"I am going to have to say United [will win next season's title]," Beckham added. "I will always be on that side of the fence."