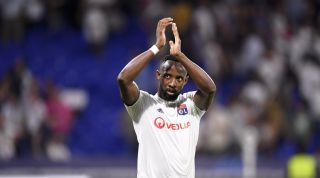 The Blues had a £34m bid for the centre-forward rejected by Lyon last week.

According to The Sun, Frank Lampard's side are set to return with a second offer of £40m plus Olivier Giroud in the coming days.

And Hasselbaink, who spent four years at Stamford Bridge between 2000 and 2004, thinks Dembele would be a "magnificent" addition to the Chelsea ranks.

"Chelsea need to make new signings because you have to keep the rhythm going and just to get some kind of new blood coming through the door," he told the Daily Mail.

"It is always good when you make a signing. It gives everybody new energy, you know?

"They need to get a striker in. Moussa Dembele would be a magnificent signing for Chelsea. I know Moussa quite well. I faced him when I was QPR manager, he played ever so well and killed my defence.

"He has developed himself extremely well. He went to Celtic and played at a big club where the atmosphere and the pressure is there of winning. You have to win every match.

"Having already tasted that and gone through that pressure, and if Chelsea buy him, he is familiar with that.

"When you are at Chelsea, you have to be able to handle the pressure of winning things and he has shown at Celtic he can do that. More importantly, he is a killer. He is a goalscorer. He lives for goals.

"He scores goals in different ways, with his head, with his feet, left and right. He is quick, he is strong, he can still improve, he is still very young."

Chelsea, who are currently five points clear of Manchester United in the race for the top four, face Burnley on Saturday.