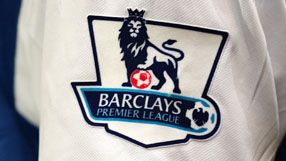 The call adds to pressure on the 20-team Premier League to implement Financial Fair Play (FFP) measures which European football's governing body UEFA has already introduced for leading teams across the continent.

New television contracts are expected to generate more than five billion pounds over the next three years for the Premier League, the world's richest in term of revenue.

However, English clubs often struggle to translate cash into profit because as much as 70 percent of their income is paid out in wages.

A report into football governance from Parliament's Culture, Media and Sport Committee did not expect that trend to change.

"We see little evidence that clubs will spend significant amounts of the funding available from the latest broadcasting rights settlement on increasing their sustainability rather than on players' salaries and transfers," it said.

Raising concerns over debt levels in English football, it called on the Premier League to follow the example of the second-tier Championship and adopt FFP rules to rein in losses.

"If they are not enforced, then we consider that legislation will be required to impose some financial discipline on clubs," the report added.

The committee, comprising MPs from the three main political parties, criticised what it called a "disappointing" response to its initial inquiry into how the game is run.

It stepped up its calls for reform of the Football Association (FA), English football's governing body, to reduce the influence of the Premier League. Legislation should be introduced to shake up the FA if there was no progress within a year, it added.

Although the report is not binding, sports minister Hugh Robertson welcomed its findings.

"We have been clear that we want the football authorities to carry out the reforms they promised by the start of the 2013/14 season - most notably around improved governance and diverse representation at the FA, the development of a licensing system and greater financial transparency," Robertson said.

"If football does not deliver then we will look at bringing forward legislation," he added.

The FA, Premier League and Football League said they were continuing to work towards final approval and implementation of the reform proposals.

"Significant headway has already been made on many of these proposed reforms, not least on sustainability and transparency," the organisations said in a joint statement.

"The remaining reform proposals are the subject of consultation within the game and we are confident that the necessary progress will be made."

Premier League clubs are due to discuss FFP at a meeting early next month, mindful of the need to ensure that the latest television windfall is not squandered.