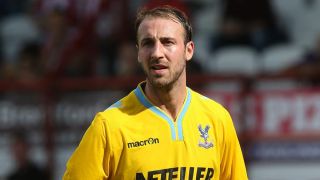 The striker had been linked with a move away from Selhurst Park during the transfer window, but has now committed himself to the club for another season.

Murray joined Palace from Brighton and Hove Albion in 2011, arriving on a free transfer from the club's fierce rivals.

The 31-year-old struggled for game time in recent times, making just four Premier League starts over the past two seasons.

Murray spent a short spell on loan at Reading earlier this term, but has now featured in three of Alan Pardew's first four games in charge in all competitions.