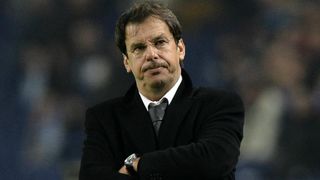 Manuel Machado's men were defeated by high-flying Sporting Lisbon last week but Nacional - 10th in the standings - bounced back at Estadio da Madeira on Monday.

Matias gave Nacional a dream start after putting the ball in the back of the net barely a minute into the contest.

It was all Guimaraes, who cemented a spot in next season's UEFA Europa League via the third qualifying round, from that point on the back of two goals before half-time.

Valente equalised in the 14th minute and Bernard Mensah put the visitors ahead eight minutes before the interval.

But Nacional regrouped to earn a share of the spoils thanks to Matias, who levelled proceedings 13 minutes from time.