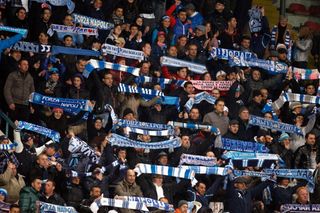 A coach carrying 50 people plummeted off a flyover in Avellino - just over 50 kilometres from Naples - on Monday, leaving 38 people dead and many others injured.

And Napoli have subsequently shelved plans to put on fireworks, singing and acrobatics ahead of their clash with the Turkish club in recognition of the tragedy.

The presentations of the club's new shirt and recent signings Gonzalo Higuain and Pepe Reina will still take place, though they will be preceded by a minute's silence at the Stadio San Paolo.

Napoli will hope to use the pre-season fixture to bed in their numerous recent signings, with the Italian club having enjoyed a busy transfer window.

The lucrative sale of Edinson Cavani to Paris-Saint Germain has facilitated the arrival of the likes of Gonzalo Higuain, Dries Mertens and Raul Albiol.