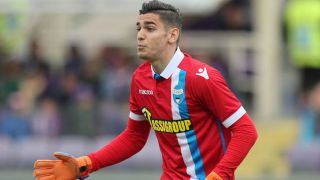 Napoli would land the 'new Gianluigi Buffon' with the capture of Alex Meret, according to Udinese legend Antonio Di Natale.

The 21-year-old goalkeeper is being tipped to move to the Serie A runners-up from Udinese for a reported €35million, filling the void left by Pepe Reina's imminent switch to AC Milan.

Meret has spent the last two seasons on loan with SPAL and Di Natale has strong praise for the youngster.

"I saw him grow in all aspects, both technically and in terms of character," the former Italy striker told Radio Kiss Kiss.

"Napoli have secured a goalkeeper for the next 10 years. For me, he's the new Buffon."